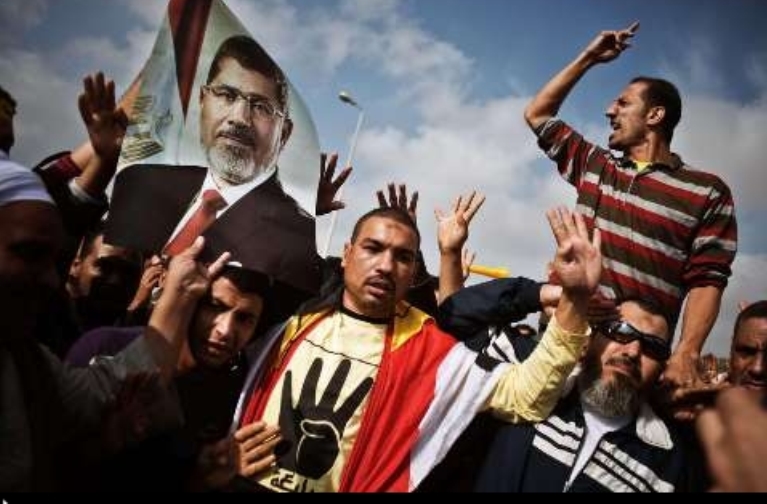 Thousands marched in a number of Cairo districts, as well as in Alexandria, the Upper Egypt city of Assiut, the Nile Delta cities of Kafr El-Dawwar and Damietta, and the Suez Canal city of Suez, reported Al-Ahram’s Arabic website.

Clashes between bystanders and protesters were reported in Alexandria, Kafr E-Dawwar and Suez. Security forces were able to separate the clashing parties in Alexandria, Al-Ahram reported, where such Friday confrontations have become a common occurrence.

Ahmed Hegazi, a protester from Alexandria, told Al-Ahram that he was protesting in response to recent events at Cairo’s Al-Azhar University, where security forces clashed with students, killing one and injuring tens on Wednesday.

Following the arrest of hundreds of top and mid-ranking Muslim Brotherhood members, the frequency and magnitude of pro-Mursi protests has been effectively reduced. Security forces violently dispersed the Muslim Brotherhood’s main sit-ins at Rabaa Al-Adawiya mosque and Nahda Square in August, killing hundreds in the process.

The main pro-Mursi coalition, the National Alliance in Support of Legitimacy, called for Friday’s protest to commemorate 100 days since the sit-in clearings, which the group termed a “massacre.”

Crowds chanted against the military and the police, condemning what they describe as a “coup” against a legitimate president.