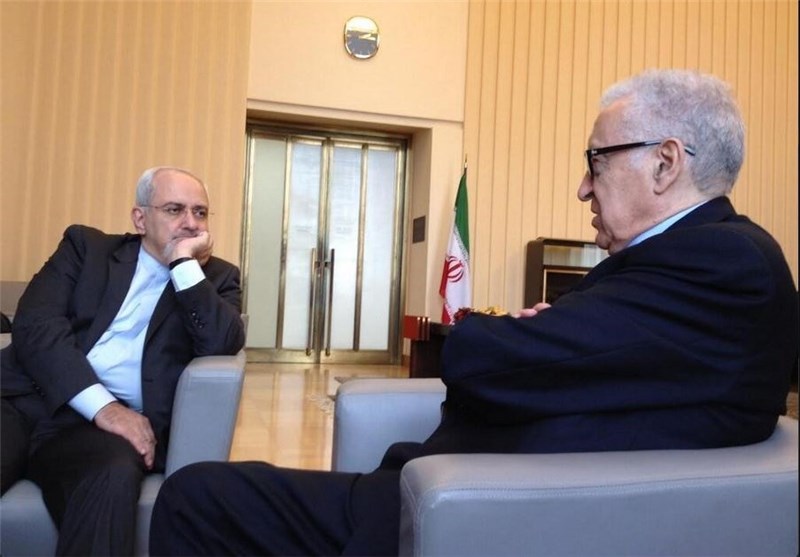 TEHRAN (Tasnim) – Iranian Foreign Minister Mohammad Javad Zarif who is in Geneva for nuclear talks with world powers held a separate meeting with UN-Arab League Special Envoy on Syria Lakhdar Brahimi on Friday to exchange views on a solution to the Syrian crisis.

The bilateral meeting between the two officials was aimed to seek a political solution to the crisis in Syria.

Brahimi has been pushing for months to prepare the ground for a gathering known as “Geneva 2 Conference” in order to devise plans for ending the lingering crisis in Syria.

Attempts to set up a conference have been going on for months amid disputes over who should attend and its agenda.

The proposed peace talks have repeatedly been delayed because of disagreements over who should be represented at the meeting. Many Syrian rebel groups have refused to come to the negotiating table unless President Bashar al-Assad stepped down.

The upcoming peace conference on the Syrian crisis was initially due to take place in Geneva on November 23-24.

The idea of a conference was first mooted in May, and in September UN Secretary General Ban Ki-moon announced a tentative date of mid-November after the Security Council passed a binding resolution on Syrian chemical weapons.

The UN says more than 100,000 people have been killed since the unrest began in 2011. More than 2.2 million Syrians have fled to neighboring countries while an estimated 4.25 million have been displaced internally.