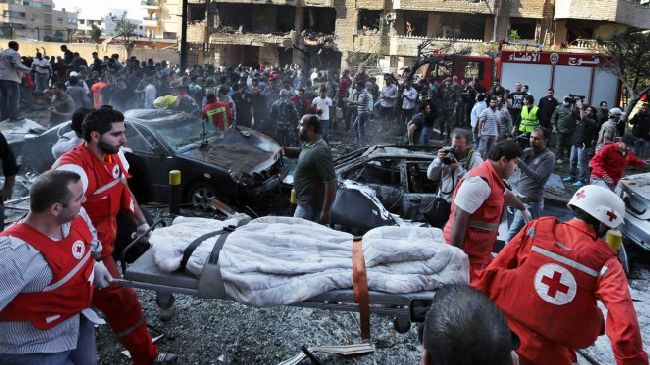 The meeting between Iran’s Deputy Foreign Minister for Arab and African Affairs Hossein Amir-Abdollahian and Nasrallah took place on Wednesday in the Lebanese capital, Beirut.

Amir-Abdollahian arrived in Lebanon capital, Beirut, earlier on Wednesday after twin bombings near the Iranian Embassy killed 25 people, including six Iranians, on Tuesday.

Iran’s Cultural Attaché to Beirut Hojjatoleslam Ebrahim Ansari and the wife of another Iranian diplomat were among the victims. The explosions wounded more than 150 people.

Amir-Abdollahian also met with the Lebanese President Michel Suleiman on Wednesday, calling on the country’s officials to establish a fact-finding mission to investigate the terrorist attacks.

UN Secretary General Ban Ki-moon has also condemned the “appalling” bombings, calling for the punishment of those behind the terrorist attacks.

“The Secretary-General hopes that those responsible for this attack will be brought to justice expeditiously. He reiterates the determination of the international community to support Lebanon’s security and stability,” said a statement issued by Ban’s spokesperson on Tuesday.