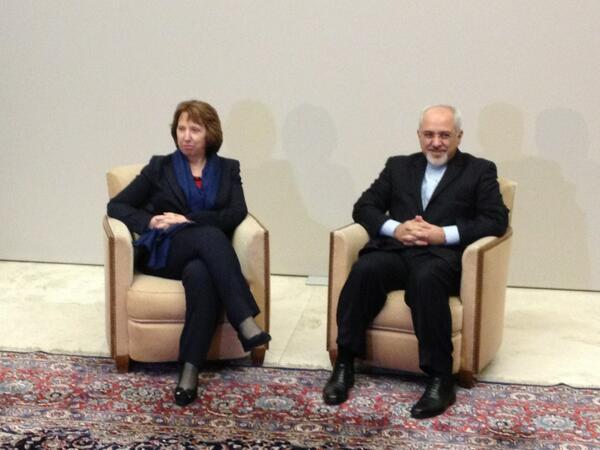 The spokesman for the European Union foreign policy chief, Catherine Ashton, says she is seeking a “sustainable and robust” nuclear deal with Iran, Press TV reports.

In an exclusive interview with Press TV late on Wednesday, Michael Mann said “things have moved forward a lot,” adding that Tehran and the world powers made “considerable progress” in their last round of talks in Geneva.

“She wants to find as soon as possible a sustainable and robust deal with Iran that is really verifiable and reassures the international community about the purely peaceful nature of the Iranian nuclear program,” he stated.

On Wednesday, Iranian Foreign Minister Mohammad Javad Zarif met with Ashton, who is leading representatives from the five permanent members of the UN Security Council — Russia, China, France, Britain and the US — plus Germany in nuclear negotiations with Tehran.

The two exchanged views on a previous round of negotiations in Geneva earlier in November and ways to continue the talks in the future.

Afterwards, Iran and the six powers held a brief preliminary session of the new round of talks, which are expected to last for three days.

Deputy foreign ministers of Iran and the six powers participated in the session, which was also briefly attended by Zarif and Ashton.

During the last round of talks in Geneva on November 7-10, a first-step agreement was within reach but the position taken by French Foreign Minister Laurent Fabius in favor of the Israeli regime and a lack of commitment by US Secretary of State John Kerry spoiled the negotiations.