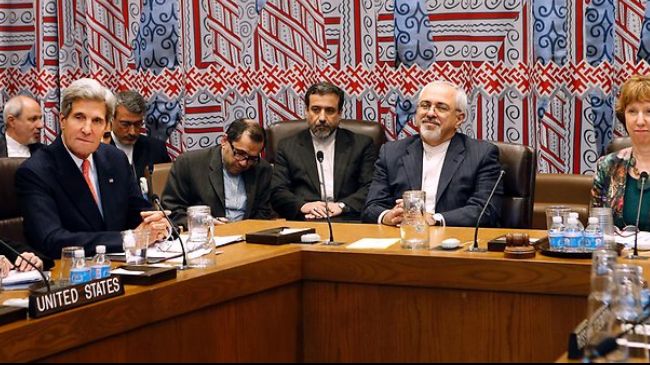 A just-out Washington Post/ABC poll finds that 64 percent of Americans support a nuclear deal with Iran, while 30 percent disapprove of one. That’s potentially very significant, as it could help sway Congress toward backing the deal, which it has tended to oppose. Congressional opposition is one of the things most likely to kill any agreement with Iran over its nuclear program, so this finding could reduce that risk by giving members of Congress a bit more political cover.

But those polls dealt in generalities. It’s easy to support negotiations in principle; it’s much harder to support a specific deal, which would necessarily require U.S. concessions as well as placing a degree of trust in the Iranian government, which is not exactly popular here in the United States. The reason this latest poll merits special attention is that it asked Americans whether they would support the deal currently under discussion between Iran and the major world powers at Geneva. Here’s the poll question, which acknowledges both that the United States would have to roll back some sanctions and that a deal would not be a guarantee against an Iranian nuclear weapon:

Q: Thinking now about the situation with Iran, would you support or oppose an agreement in which the United States and other countries would lift some of their economic sanctions against Iran, in exchange for Iran restricting its nuclear program in a way that makes it harder for it to produce nuclear weapons?

And here are the poll results by party identification, showing support even among Republican voters despite the staunch opposition voiced by congressional Republicans:

Members of Congress could undermine and potentially scuttle any deal with Iran by refusing to honor it — such a deal would probably require rolling back sanctions — and could attempt to derail it by increasing sanctions during negotiations. That would be bad both because it would make the U.S. negotiators look powerless, weakening them at the table, and because a pretty well-established principle of these sorts of diplomatic detentes is something called “action for action.” The idea is that each side reciprocates with one concession at a time, allowing them to baby-step their way to a deal despite mutual mistrust. This has worked well, for example, in the recent detente with Burma.

Some members of Congress will probably oppose any deal with Iran on ideological grounds. But a number of them are probably also worried about their own political fates and see high risk in supporting a deal with little apparent reward. After all, if a deal succeeds, all the credit will go to President Obama and his administration. But if it’s less than a total success, any congressman who supported it will be open to attack.

This new poll, then, could free up members of Congress in how they approach the negotiations, giving them a bit more political space to support a deal that has such wide popular support, despite the political risks. That could be a significant asset for the Obama administration in making any nuclear deal happen.