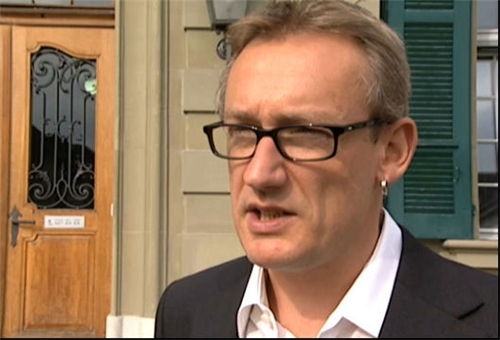 “Switzerland has always supported a diplomatic solution to Iran’s nuclear issue,” Von Below told FNA in Geneva on Wednesday.

He underlined that Switzerland supports the ongoing negotiations between Iran and the Group 5+1 (the five permanent UN Security Council members plus Germany) within the framework of its policies.

Last week, a senior Iranian negotiator in the talks with the six world powers (the US, Russia, China, France, Britain and Germany) reiterated that Tehran will not give up even an iota of its inalienable nuclear rights in the upcoming negotiations in Geneva.

Speaking in a meeting with Chinese Ambassador to Tehran Yu Hongyang here on Sunday, Foreign Ministry’s Director General for Political and International Affairs Hamid Ba’eedinejad said the Iranian negotiating team will firmly defend the country’s redlines in the next round of talks with the Group 5+1 (the five permanent UN Security Council members plus Germany).

On November 7-9, Iran and the major world powers held three days of intense discussions in the Swiss city of Geneva.

The two sides did not reach an agreement but stressed that significant progress had been made and expressed optimism about the prospect of a possible deal in the future.

The next round of the talks between Iran and the six countries is slated to open today in the Swiss city.