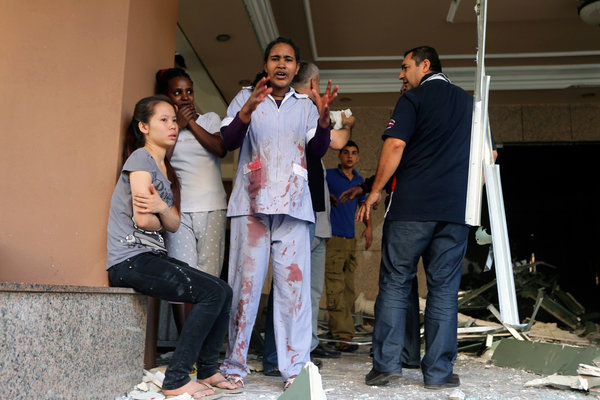 Tehran, Nov 20, IRNA – Head of Atomic Energy Organization of Iran (AEOI) Ali Akbar Salehi in a message on Wednesday sympathized with the Supreme Leader and the nation over the terrorist blasts in front of the Iranian Embassy in Beirut on Tuesday.

He also condoled family members of the Iranian cultural attaché Ebrahim Ansari who attained martyrdom during the Beirut blasts.

Salehi, condemning the terrorist explosions, stressed that the Lebanese capital was once again targeted by the enemies of Muslims.

Two explosions near the Iranian embassy in Beirut killed at least 23 people and wounded more than 150.