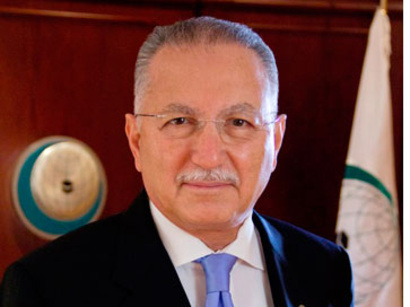 Istanbul, Nov 20, IRNA – Secretary General of the Organization of the Islamic Cooperation Ekmeleddin Ihsanoglu said on Wednesday that the November 19 terrorist bombings against Iran embassy in Beirut, Lebanon, was an act against humanity

Ihsanoglu is currently in Istanbul to attend the 29th ministerial meeting of the Standing Committee for Economic and Commercial Cooperation of the Organization of Islamic Cooperation (COMCEC).

COMCEC is working as the arm of the OIC to reduce export of raw materials and agricultural products so that the member states prefer to export them as industrial or processing output.

Speaking to IRNA, the OIC chief said that the organization condemns any violence or terrorist act which is against humanity.

Two fatal explosions took place on Tuesday near the Iranian embassy in southern Beirut. Iran’s cultural Attache Ebrahim Ansari and four of the embassy’s security staff were martyred in the blasts.

The al-Qaeda affiliated “Abdullah Azzam” Salafi terrorist group has claimed responsibility for the terrorist operations. However Iranian Ambassador to Lebanon Ghazanfar Roknabadi said that the Zionist regime was behind the act.

OIC condemned the blasts in an official statement on November 19.