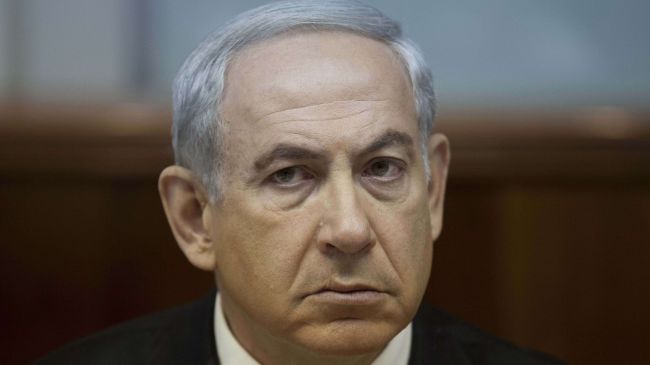 (Reuters) – Israeli Prime Minister Benjamin Netanyahu flew to Russia on Wednesday to appeal for tougher terms in a nuclear accord with Iran after failing to convince the United States that world powers are pursuing a bad deal.

Netanyahu was due to meet President Vladimir Putin as envoys from Russia, the United States, China, France, Britain and Germany began a third and possibly conclusive round of talks with Iran in Geneva on easing economic sanctions in return for curbs on Tehran’s disputed nuclear program.

Israel, thought to have the Middle East’s only nuclear arsenal, sees a nuclear-armed Iran as a mortal threat and wants its uranium enrichment capabilities dismantled and its enriched uranium removed. Tehran denies seeking atomic weapons.

Netanyahu says the deal now under negotiation, the exact details of which have not been disclosed, would still enable Tehran to build an atomic bomb quickly if it chose to do so.

The right-wing Israeli leader, locked in his most serious dispute yet with U.S. President Barack Obama, has made veiled threats of Israeli military action against Iran if negotiators sign what he has called an “exceedingly bad deal” in Geneva.

He has dismissed widespread skepticism over Israel’s ability to cause lasting damage to Iran’s distant, dispersed and well-defended facilities.

Israel’s military chief, Lieutenant-General Benny Gantz, told reporters his task was “to ensure we retain and continue to strengthen relevant capabilities” to tackle Iran if necessary.

Russia, which built Iran’s first nuclear power plant and remains on better terms with Tehran than Western powers, has expressed less suspicion than them about Iran’s nuclear work.

“Our job is to try to sway the Russians, as we have been doing with all the players,” said Deputy Israeli Foreign Minister Ze’ev Elkin, who accompanied Netanyahu to Moscow.

“Russia is not going to adopt Israeli positions wholesale. But any movement, even small, in the Russian position can affect the negotiations,” Elkin told Israel Radio.

Without mentioning Netanyahu by name, Lavrov referred to his warnings of a “historic mistake” that would win time for Iran to make a nuclear bomb, which he said were “removed from reality”.

Lavrov has also suggested Iran was prepared to produce less enriched uranium and halt production of uranium enriched to a fissile concentration of 20 percent, a relatively short step from weapons-grade material. Those are two of the concessions Western powers want Iran to take, but they fall far short of Netanyahu’s demands for shutting certain Iranian nuclear sites.

“We are addressing the sorts of problems which Israel has raised with us consistently and forcefully over a very long period of time,” said a European diplomat involved in the Iran discussions who declined to be named.

“You know, speaking honestly, I don’t think that there is a deal that we could remotely have done which would have Netanyahu coming up and saying, ‘hmm, that’s pretty good'”.

The Moscow trip has stirred little optimism in Israel, where Justice Minister Tzipi Livni, a member of Netanyahu’s security cabinet, wondered how much leverage he could apply.

“Russia and China were the ones that, until now, did not take action to increase sanctions. It was very hard to enlist them to impose sanctions on Iran,” she told Israel Radio.

“Therefore it is hard for me to see how, suddenly today, they could be the ones to demand that the world be firmer with the Iranians.”