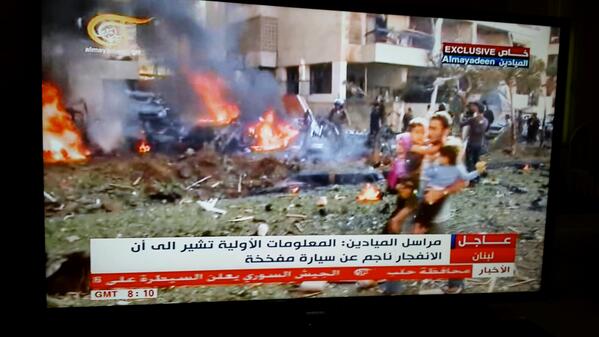 Congratulating Mahmoud on recent victories by Syria over rebels, Shamkhani maintained that the global outlook toward Syria has changed and parties are demanding more and more attention to be paid to the will of the Syrian nation.

The Secretary of the Supreme National Security Council also condemned today’s terrorist bombing near Iran’s embassy in Beirut and maintained that such actions are the sign of the helpless state of Israel and terrorist groups that act in line with Israeli policies.

“Such actions will have no effect on Iran’s support for the Islamic resistance movement,” he asserted.

Shamkhani added “Warnings had already been given on the growth of terrorism in the region and their financial and military support by Western states. Today the responsibility for the blood that has been shed in this accident concerns them.”