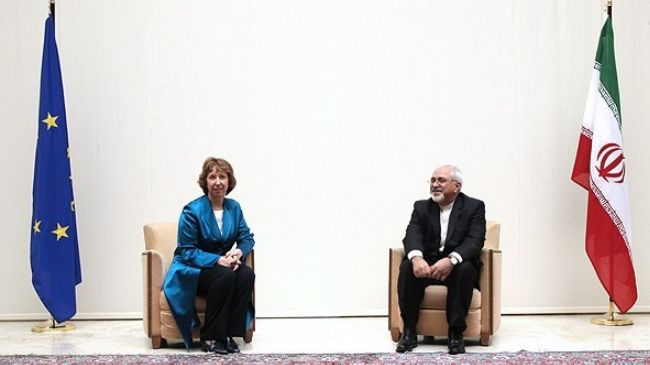 Iran’s Zarif, EU’s Ashton to meet for lunch in Geneva on Wednesday

TEHRAN (FNA)- Iranian Foreign Minister Mohammad Javad Zarif and EU Foreign Policy Chief Catherine Ashton are scheduled to meet for lunch on Wednesday, where the two top negotiators are due to confer on the latest developments in the talks between Tehran and the Group 5+1 (the US, Russia, China, Britain and France plus Germany).

The two top diplomats are due to consult about the upcoming negotiations during their lunch time at 14:30 Geneva time tomorrow.

The talks between Tehran and the G 5+1 will kick off after the consultations between Zarif and Ashton.

On November 7-9, Iran and the Group 5+1 held three days of intense discussions in the Swiss city of Geneva.

The two sides did not reach an agreement, but stressed that significant progress had been made and expressed optimism about the prospects of a possible deal in the future.