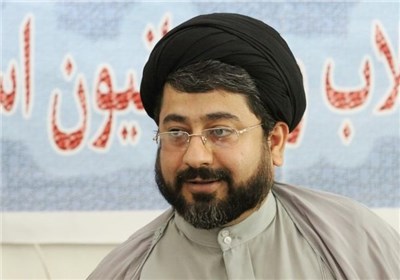 TEHRAN (Tasnim) – Some 50 Iranian legislators proposed a bill that would oblige the administration to push hard for safeguarding the country’s nuclear achievements and developing peaceful nuclear activities under the Non-Proliferation Treaty (NPT).

If passed, the bill will require that the administration strive to “safeguard the nuclear achievements and develop the cycle of nuclear activities” within the framework of NPT, according to Seyed Mahdi Mousavi Nejad, member of the parliament’s energy commission.

The lawmaker told Tasnim that the proposed bill will be submitted to the parliament’s presiding board on Wednesday, November 20.

Also on Monday, November 18, Mohammad Hassan Asafari, a member of the Iranian parliament’s national security and foreign policy commission, said the Islamic Republic will leave the negotiating table if the US Congress approves additional sanctions against Tehran.

“The US Congress has recently been seeking to approve a bill to increase sanctions against Iran. It has been decided that the negotiations be suspended if the bill gets through the US Congress,” Asafari said.

The Iranian MP made the remarks after a meeting in which Iran’s nuclear negotiating team briefed the parliamentary commission on two rounds of nuclear talks with the Group 5+1 (the five permanent members of the UN Security Council plus Germany).

Iran Foreign Minister Mohammad Javad Zarif said on Sunday that Tehran expects the six major world powers to “respect” its right to enrich uranium based on the regulations of the NPT.

“Iran enrichment right has no need to be recognized because it is an indivisible right based on the NPT. What we expect is respect for the components of Iran’s right,” Zarif said.

The top Iranian diplomat stressed that enrichment is a “non-negotiable” right and urged all countries to respect it.

Tehran and the G5+1 members wrapped up three days of intensive talks over Iran’s nuclear program in the Swiss city of Geneva on November 10.

The two sides managed to narrow their differences on Iran’s peaceful nuclear program, though they did not reach an agreement at the end of the talks.

A fresh round of negotiations is to be held in the Swiss city on Wednesday, November 20.