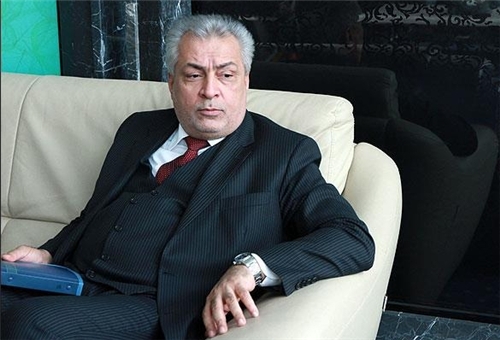 TEHRAN (FNA)- Iraqi Oil Minister Abdelkarim al-Luaybi said he thinks the Secretary General of OPEC should be elected on the basis of technical criteria.

Speaking to Shana during his visit to Tehran last week to attend a Ministerial Meeting of GECF, Luaybi said, “In my view technical criteria are very important and that is why I want to stress that, against past rounds, OPEC members should merely take into account technical criteria for choosing OPEC’s secretary general, without giving more details.”

In response to a question on world oil market situation, he said supply and demand are balanced and there is enough oil in the market to meet demand.

According to Luaibi, oil prices are in a desirable level, and both consumers and producers are satisfied with current level of prices.

The Iraqi oil minister further said he thinks OPEC will leave oil production ceiling unchanged in its next ministerial meeting in December stating Iraq has produced 3.3 million barrels per day of oil on average over the current year of which 2.5 mb/d have been exported.

Meanwhile Bloomberg, citing the remarks made by three people familiar with OPEC policy, reported that OPEC has not yet decided on requirements for selecting a new secretary general to replace Abdalla El-Badri.

El-Badri, a former Libyan oil minister, served two three-year terms as secretary general before being given a one-year extension last December. He may be asked to remain for another 12 months, the people said. A decision will be taken when the group’s ministers meet next, on Dec. 4 in Vienna.