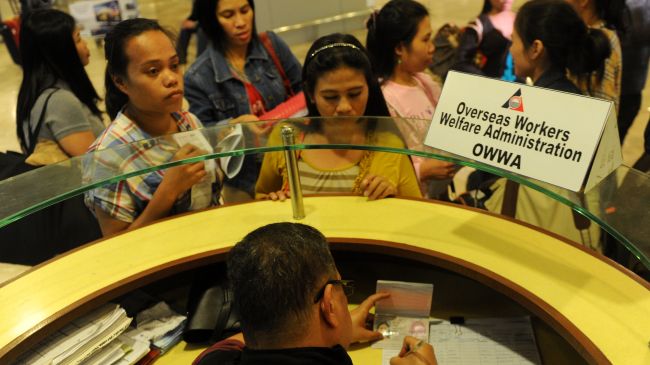 International human rights groups have censured Qatar and Saudi Arabia for their treatment of migrant workers.

Amnesty International on Sunday issued a report criticizing the conditions of workers preparing venues for the 2022 World Cup in Qatar. The report details non-payment of wages, harsh working conditions, and poor standards of accommodation.

The rights group said one manager had referred to workers as “animals”.

The international body said the report, entitled “The Dark Side of Migration: Spotlight on Qatar’s construction sector ahead of the World Cup”, was published after conducting interviews with 210 workers, employers and government officials.

According to the report, more than 1,000 people have been admitted to the trauma unit at Doha’s main hospital in 2012 having fallen from height at work.

About 10 percent were disabled as a result and the mortality rate was “significant”, Amnesty International said.

The group urged FIFA to send a “strong public message that it will not tolerate human rights abuses on construction projects related to the World Cup.”

In a statement, HRW urged the Arab states to adopt the new codes of the International Labor Organization that include limiting work hours for domestic staff and ending the practice of holding of workers’ passports.

On Tuesday, Police in Saudi Arabia killed three Ethiopian migrant workers after clashes broke out in the impoverished Manfuhah neighborhood of the capital Riyadh, where thousands of African workers, mostly Ethiopians, were waiting for buses to take them to deportation centers.

Saudi authorities have launched a visa crackdown on undocumented foreign workers, killing several people — including one Ethiopian national — and imprisoning many others.

Riyadh has announced plans to create jobs for Saudi nationals by reducing the number of foreign workers totaling some nine million people.

Hundreds of thousands of workers have already left the kingdom amid tougher conditions for migrants.

Foreign workers cannot change jobs or leave Saudi Arabia without the permission of their sponsors, who are often Saudi companies or individuals who provide workers to businesses for profit.

Most of the sponsors confiscate the passports of the workers for the duration of their contract.