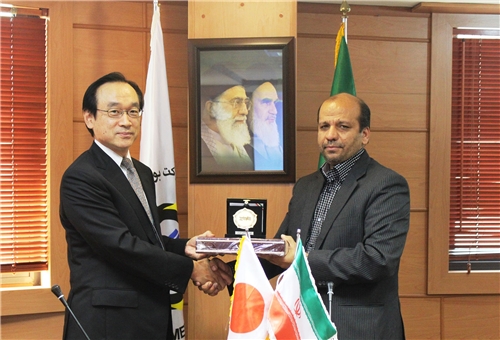 TEHRAN (FNA)- Managing-Director of Iran Mercantile Exchange Company Hossein Panahian and Japanese Ambassador to Tehran Koji Haneda, in a meeting on Saturday, laid the foundations for mutual cooperation in mercantile exchange between the two countries.

During the meeting, Panahian explained about the historical background behind the establishment of mercantile bourse in Iran, laws and regulations, supervisory structure, the procedures of exchanges in the export section and the role of Iran Mercantile Exchange in the country’s economy and capital market.

The Japanese ambassador, for his part, pointed to Japan’s mercantile bourse as one of the oldest ones in the world, and called for further cooperation between mercantile exchange companies of Iran and Japan, specially in areas of training and exchange of technologies.