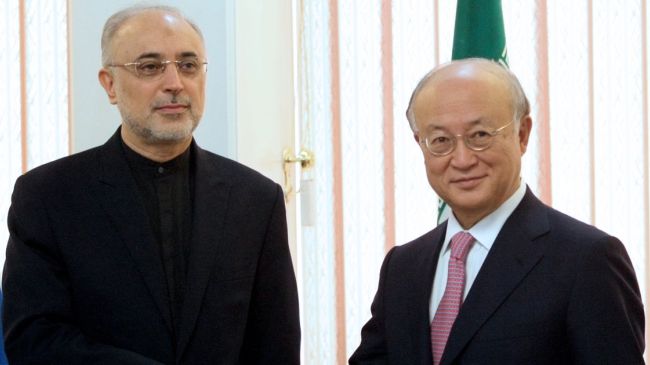 Russia has praised the recent agreement between Iran and the International Atomic Energy Agency (IAEA) on a roadmap for further cooperation to resolve all past and present nuclear issues.

“This important agreement brings relations between the agency and Iran to a new level,” the Russian Foreign Ministry said in a Thursday statement, adding that the accord is “an important step” in building confidence over the peaceful nature of Iran’s nuclear energy program.

It added, “The agreement provides for Iran’s fulfillment of voluntary transparency measures that go beyond its obligations under the Safeguards Agreement, and as Moscow hopes will allow the agency to soon close the Iranian nuclear dossier and bring its discussion to a normal track.”

“We hope that the parties will complete agreements of the long-awaited accord on building confidence, and the first steps aimed at lifting the most pressing questions over the Iranian nuclear program at the upcoming full-scale round of talks between P5+1 (six powers) and Iran in Geneva next week,” the statement noted.

Head of the Atomic Energy Organization of Iran (AEOI) Ali Akbar Salehi and the IAEA Director General Yukiya Amano signed a joint statement in Tehran on November 12 on a roadmap for more cooperation on outstanding nuclear issues.

Under the deal, Iran will, on a voluntary basis, allow IAEA inspectors to visit the Arak heavy water plant and the Gachin mine in Bandar Abbas, in southern Iran. The IAEA Safeguards Agreement does not require Tehran to authorize IAEA inspection of these sites.

Iran is currently in talks with a group of six powers – the US, Britain, France, Russia, China and Germany – over its nuclear energy program. The latest round of talks started on November 7 in Geneva and ended in the early hours of November 10.

The two sides could not reach a deal during the negotiations but said significant progress had been made and expressed optimism about the prospect of achieving a deal. The next round of talks will be held on November 20 in the same venue.