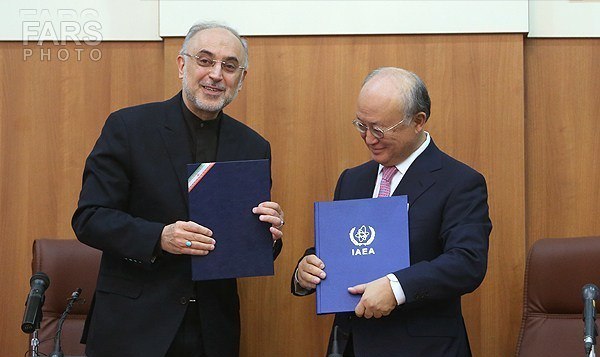 Berlin, Nov 14, IRNA — A German foreign ministry spokesman here Wednesday welcomed the latest agreement between Tehran and the International Atomic Energy Agency (IAEA), saying it could be helpful in reaching a major deal at the upcoming Iran nuclear talks.

Addressing media representatives in Berlin as part of a regular weekly government news conference, Sebastian Fischer said he ˈwelcomed very much the personal talksˈ by the IAEA director Yukiya Amano during his Tehran visit.

Fischer made clear ˈimportant progressˈ had been made in the talks between Iranian officials and Amano.

Iran and the UN nuclear watchdog had reportedly agreed on a road map for more cooperation.

Asked if the IAEA-Iran deal could ultimately pave the way for sealing an agreement at the next round of international talks on Tehranˈs nuclear program, Fischer replied anything that would help clarify the open questions was ˈcertainly helpful.ˈ

Fischer did ˈnot rule outˈ the likelihood that German Foreign Minister Guido Westerwelle would again attend the negotiations between Iran and the E3 plus 3 (Russia, the US, China, Britain, France and Germany).

Both sides have agreed however to resume talks on an expert-level on November 20.