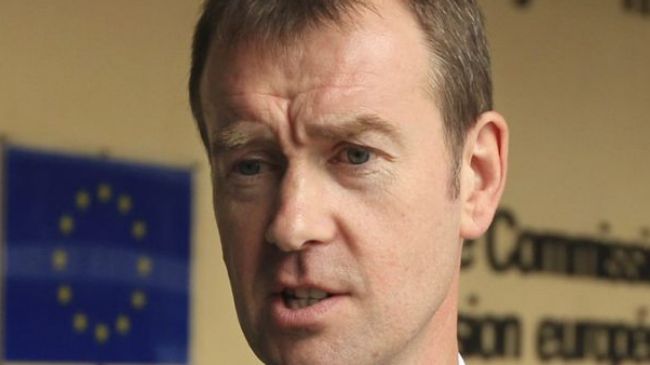 The spokesman for EU foreign policy chief says “enormous” progress has been made in the two rounds of nuclear negotiations between Iran and the six major world powers in Geneva.

“An enormous amount of progress was made in the last two rounds of talks in Geneva under the new Iranian government, and we hope that that will be carried forward,” said Michael Mann, spokesman for Catherine Ashton, in an interview with the Voice of Russia radio station on Wednesday.

Iran and the six world powers – the US, Britain, Russia, China, France and Germany – held two rounds of closed-door discussions over Tehran’s nuclear energy program in Geneva, Switzerland, on October 15-16 and November 7-10. Ashton represents the Sextet in the negotiations.

The two sides could not work out a deal at the end of the second round of talks in Geneva. However, they managed to narrow their differences and expressed optimism about the prospect of achieving an accord.

Commenting on the failure of the Sextet in inking a nuclear deal with the Islamic Republic, Mann said the two sides are “determined” to continue their efforts to hammer out a “solid” and “watertight” agreement. “I don’t think there is anything that we should be getting too upset about,” he added.

The EU diplomat also expressed hope that Tehran and the six powers “can make rapid progress” in their future nuclear talks. The next round of discussions is to be held in Geneva on November 20.

He also rejected the idea that the process of nuclear negotiations is “in jeopardy,” stressing, “We will continue to push and try and work between the different parties to find an agreement. We are determined that the talks will move things forward next week.”