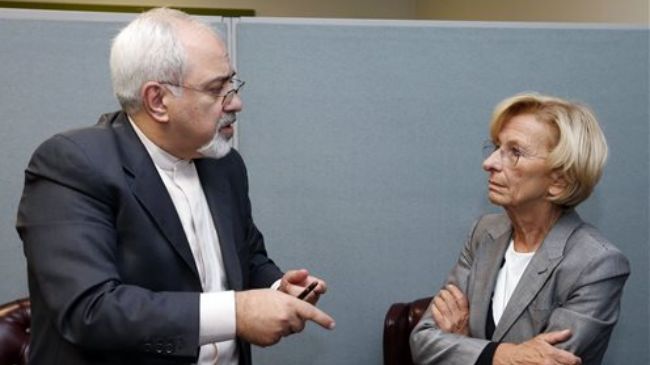 Bonino:West is preparing for contest to establish ties with Iran

Rome, Nov 12, IRNA – Italian Foreign Minister Emma Bonino said it is quite clear that in case of reduction in sanctions, there will be a contest among Western countries to establish relations with Iran.

Speaking to the Italian newspaper Corriere della sera, Bonino said, On September 26, there was a line of politicians and diplomats at the United Nation General Assembly waiting to see (President) Rohani and (Foreign Minister) Zarif. We had to wait for our turn to see them.

She added , I wanted to meet Zarif in Rome last Thursday, but the meeting was postponed. We are studying a programme for direct cooperation with Iran which is not only on energy.

Bonino said Italy was the first western country which welcomed the importance of Rohani election as the President of Iran.

On recent nuclear talks in Geneva, Bonino said after 30 years, it is worth waiting a few more weeks in order to make a good deal with Iran. Then, we will have enough time to explain to Israel and other countries that feel worried about Irans nuclear activities.

On Irans role in Syria, Benino said, A few months ago, when I proposed that Iran should be invited to talks on Syria, some of my European colleagues blamed me. I frequently contacted with Iranian Foreign Minister Zarif in late August and asked him to convince Bashar Assad to let UN inspectors go to Syria.