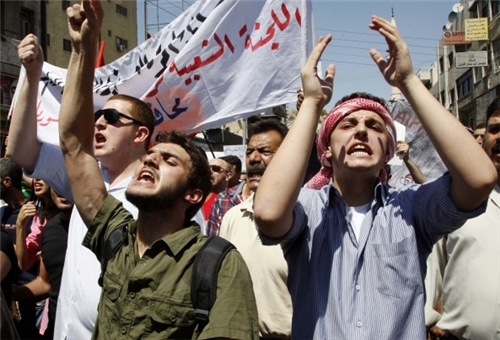 Jordan’s largest newspaper has closed down following a protest by the paper’s staff against delayed payments and corruption in the government of Prime Minister Abdullah Ensour.

The closure of the state-owned newspaper Al Rai took place on Monday, after a six-week long dispute between the paper’s employees and the state appointed management over delayed wages and corruption.

The employees have accused Ensour of “interfering” in the management of the paper, calling for his resignation.

On Sunday, the employees staged a rally in the capital Amman, chanting, “Go, go Ensour, you cannot silence the press.”

On November 6, Jordan’s police stormed the building of the paper and clashed with the paper’s employees, blocking traffic in front of the paper’s office. According to witnesses, several people were injured in the incident.

The Al Rai editorial board has also threatened that it would boycott news items related to the premier if the employees’ demands are not met. The staff holds the government responsible for its problems.

Meanwhile, the Jordan Press Association censured the police for breaking into the newspaper and called on government officials to address the problems of the newspaper immediately.

Jordan has witnessed demonstrations since January 2011, with protesters demanding political reforms that include the election of the country’s prime minister by popular vote and an end to government corruption.

Jordanian protesters say the government has failed to take proper action to improve the ailing economy of the country.