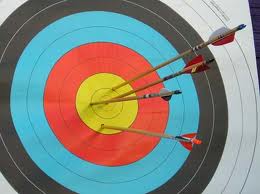 I’ll do my best to win gold in Incheon, archer Zahra Nemati says

Nemati is the first Iranian woman, who has won a gold medal at Olympic or Paralympic level. Recurve archer won the gold medal in women’s individual W1/W2 class event at 2012 London Paralympics.

She won a gold medal on Thursday in the 2013 World Archery Para-Championships held in Bangkok, Thailand. She took the title over China’s Paralympic team silver medallist Yanhong Xiao.

“I won the gold medal in Thailand but I didn’t perform well enough because I had not trained well. I will do my best to win a gold medal in Asian Para Games,” Nemati said.

“Prediction is very difficult because some situations including weather condition is important in the match but I want to win a gold medal,” she added.

Zahra Nemati has won the 2013 Sport Accord’s Spirit of Sport Individual Award in May.