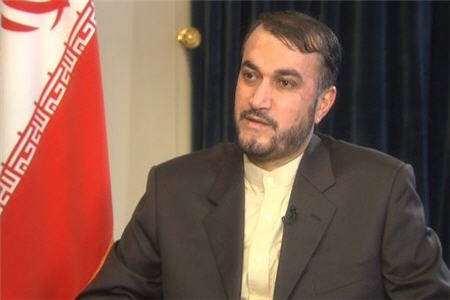 TEHRAN (Tasnim) – Iranian deputy foreign minister and minister of foreign affairs of the Republic of Congo (also known as Congo-Brazzaville) explored avenues for the expansion of bilateral ties between the two countries.

At the meeting, Amir Abdollahian praised the positive and constructive role played by the Congo government and its president in Africa, and lauded the country’s influential role in the establishment of peace, stability and tranquility in sub-sahara Africa.

As regards bilateral ties, Amir Abdollahian underlined expansion of bilateral ties and cooperation between the two countries in technical and engineering fields and implementation of Congo-Brazzaville’s technological and industrial projects.

The African foreign minister, too, lauded Iran’s positive and constructive role in the sensitive Middle East region and described Iran as “a regional power”.

Expansion of relations with African countries in all political, economic and cultural fields is a matter of prime importance in Iranian foreign policy agenda.

President Rouhani has on numerous occasions, including in his UN General Assembly address, noted that his government is after constructive and peaceful interaction with the whole world.