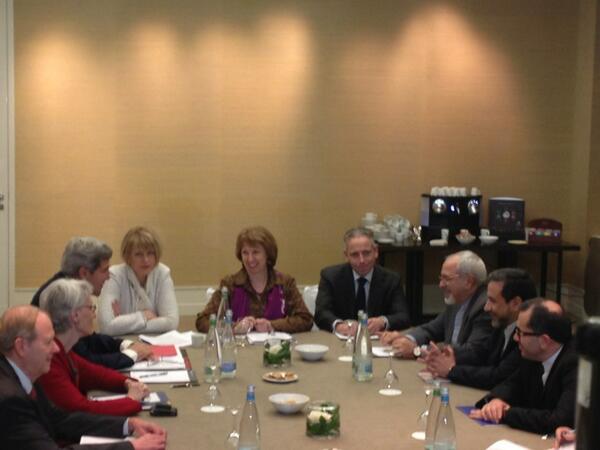 Germany plays down split among western powers over Iran deal

Berlin, Nov 11, IRNA — A German foreign ministry spokesman here Monday played down disagreements among the six world powers (the US, Russia, China, Britain, France and Germany) negotiating with Iran over its nuclear program, according to IRNA.

Asked at a routine weekly government press briefing on Franceˈs blockade tactics at the recent Iran nuclear talks in Geneva, Sebastian Fischer evaded a question on Franceˈs veto policy, saying merely Paris was ˈplaying a constructive roleˈ in the E3 plus 3 nuclear negotiation process with Tehran.

the Geneva talks, he did not say whether the press statements by French Foreign Minister Laurent Fabius during Saturdayˈs negotiations had been coordinated with the other members.

why did German Foreign Minister Guido Westerwelle decide on a short-notice to travel to Geneva, knowing that Paris was in fact blocking an agreement.

Negotiations over Iran’s nuclear energy program failed to reach an

agreement due to France’s hardline objection.

Iran and the six world powers concluded their three-day negotiations early on Sunday in Geneva.

Both sides have agreed to resume talks on November 20.