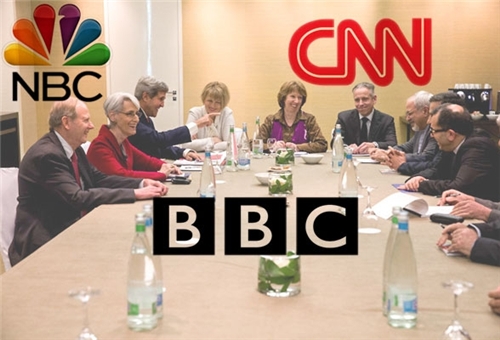 TEHRAN (FNA)- An Iranian source dismissed the western media speculations about the contents of a draft deal between Iran and the Group 5+1 (the US, Russia, China, France and Britain plus Germany), calling them an attempt to wage psychological war on the Iranian side.

“The western media speculations about the contents of the raised proposals in the current Geneva talks are not based on the realities,” the informed source close to the Iranian team of negotiators said on Saturday.

“What are being released in the western media can be interpreted within the frameworks of psychological war tactics than being a reality,” the source said.

He said that exerting pressure on the Iranian side in the nuclear negotiations can be another goal of such speculations.

The western media have claimed in recent days that Iran and the world powers have agreed on a deal which includes suspension of Tehran’s enrichment program and the removal of some sanctions against the country.

On Friday, Iranian Deputy Foreign Minister and senior negotiator in the talks with the world powers Seyed Abbas Araqchi said the much expected agreement over the settlement of Iran-West nuclear standoff will not include a stop of Iran’s enrichment activities, although he said size and form of Iran’s enrichment could be touched in the final deal.

“Once an agreement is reached on the text of the deal, the first step will begin and the text of a final statement will be finalized, then (Iranian Foreign Minister Mohammad Javad) Zarif and (EU Foreign Policy Chief Catherine) Ashton will hold a joint press conference,” Araqchi said