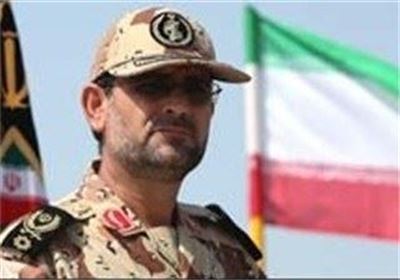 “We have different models of drones; a number of them have been manufactured based on the models seized (from the enemy) and some others have been designed and built by us ourselves,” Lieutenant Commander of the IRGC Navy General Alireza Tangsiri told FNA in Tehran today.

“And now some of these models of IRGC Navy drones have been equipped with night-vision systems,” he added.

He said that the home-made version of the US drone RQ-170 captured by the IRGC will make its maiden flight in the near future.

In relevant remarks in September, Lieutenant Commander of the IRGC said an Iranian drone which has been manufactured through the reverse engineering of the US drone which was tracked and hunted down in Iran late in 2011 will be unveiled to the public soon.

“All the memories and computer systems of this plane have been decoded and some good news will be announced in the near future not just about the RQ-170 and the optimizations that our forces have done on the reversed engineered model of this drone, but also in area of other important defense achievements,” IRGC Lieutenant Commander General Hossein Salami said.

Iran announced on December 4, 2011 that its defense forces had downed a US RQ-170 aircraft through a sophisticated cyber attack. The drone was the first such loss by the US. US officials have described the loss of the aircraft in Iran as a setback and a fatal blow to the stealth drone program.

The RQ-170 has special coatings and a batwing shape designed to help it penetrate other nations’ air defenses undetected. The existence of the aircraft, which is made by Lockheed Martin, has been known since 2009, when a model was photographed at the main US airfield in Kandahar, Afghanistan.

The unmanned surveillance plane lost by the United States in Iran was a stealth aircraft being used for secret missions by the CIA, US officials admitted almost a week after Iran captured the plane.

The aircraft is among the highly sensitive surveillance platform in the CIA’s fleet that was shaped and designed to evade enemy defenses.

The remarks by the Iranian commander came almost one month after Iran announced on December 4, 2012 that the IRGC Navy had hunted a US UAV over the Persian Gulf after the drone violated the country’s airspace.

In April this year, a senior Iranian parliamentary official announced that Iran has reverse engineered the RQ-170, adding that the Iranian version of the drone would soon have a test flight.

“The brave personnel of the Armed Forces hunted down the drone with their knowledge and science and the Americans protested immediately and called for the return of the UAV,” Chairman of the parliament’s National Security and Foreign Policy Commission Alaeddin Boroujerdi said in the Northern city of Rasht in April.

Boroujerdi’s remarks referred to RQ-170. The drone has special coatings and a batwing shape designed to help it penetrate other nations’ air defenses undetected. The existence of the aircraft, which is made by Lockheed Martin, has been known since 2009, when a model was photographed at the main US airfield in Kandahar, Afghanistan.

In April, the Iranian Air Defense Force displayed its Sarir (Throne) drones on the occasion of the National Army Day.

“Sarir is capable of carrying cameras and air-to-air missiles and tens of this UAV have so far been produced and used,” he added.

Also earlier this month, Iran displayed its most advanced UAV designed and manufactured by the country’s engineers.

The stealth drone, named Hemaseh (Epic), was unveiled in a special ceremony in the presence of former Defense Minister Brigadier General Ahmad Vahidi.

The ceremony was held on the sidelines of a conference to commemorate the defense ministry’s martyrs.

Speaking to reporters on the sidelines of the ceremony, Vahidi stated that the drone has been built by defense industry experts and is capable of conducting surveillance and reconnaissance missions as well as combat missions simultaneously.