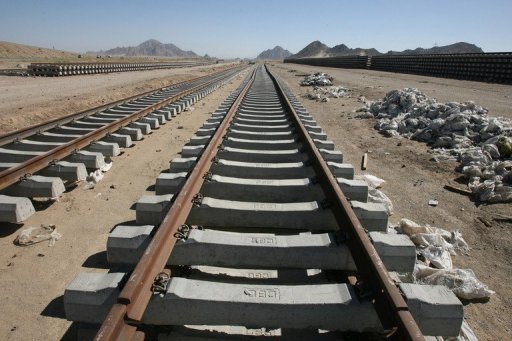 “Uzbekistan’s railway workers have until today built 106 kilometers of the railway in Afghanistan and they are planning to continue the railway up to Iran with the outlook to gain access to the Persian Gulf waters,” Ramatov said.

Ramatov underlined that Iran and Uzbekistan will sign a memorandum of understanding tomorrow at the end of a meeting between the two countries’ railway experts.

In October 2010, former Iranian President Mahmoud Ahmadinejad said that the railway which is due to link Iran to Turkmenistan and then to Uzbekistan and Kazakhstan will change the paradigm of transportation in the region.

“This (railway) network changes the region’s transportation map and pattern,” Ahmadinejad said, addressing the inauguration ceremony of industrial and development projects in Bandar Abbas in the Southern Hormozgan province.

The railway will link Iran to Turkmenistan and then to Uzbekistan and Kazakhstan and will connect the CIS countries with the Indian Ocean and high seas and the Persian Gulf littoral states.

The railway facilitates transportation of goods from the Central Asian countries to the Persian Gulf.