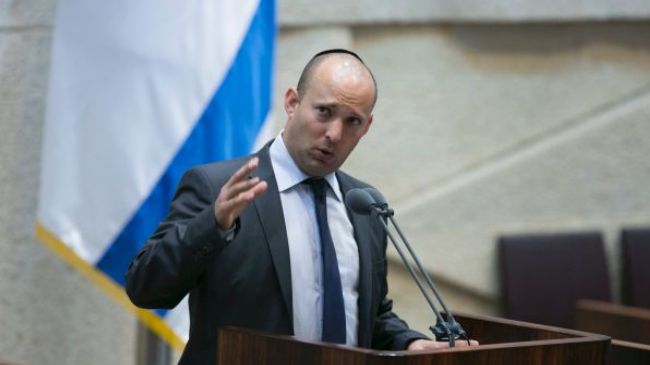 Israel to lobby US against possible Iran nuclear deal

As the prospect of a nuclear deal between Iran and the group of six major world powers grows stronger, Israel strives to lobby the US Congress to prevent any possible agreement.

“Before the talks resume, we will lobby dozens of members of the US Congress to whom I will personally explain during a visit beginning on Tuesday that Israel’s security is in jeopardy,” Israeli’s Economy Minister Naftali Bennett said on Sunday.

The remarks come after Iran and the five permanent members of the UN Security Council – Britain, France, China, Russia and the US – plus Germany concluded three days of intense negotiations over Tehran’s nuclear energy program early on Sunday.

Iran and the six world powers have agreed to continue negotiations on November 20 in Geneva, Switzerland.

Although an agreement was not reached in the nuclear negotiations, both sides said significant progress had been made and expressed optimism about the prospect of achieving a deal.

British Foreign Secretary William Hague said in an interview with the BBC later on Sunday that, “On the question of will it happen (a deal will be reached) in the next few weeks, there is a good chance of that.”

“A deal is on the table and it can be done. But it is a formidably difficult negotiation, I can’t say exactly when it will conclude,” he added.

Israeli ministers, however, have voiced strong opposition to any possible deal between Iran and the world powers, with Minister of Military Affairs Moshe Ya’alon describing an agreement with Iran as a historic mistake.

Netanyahu’s office had also launched a Twitter campaign against the Islamic Republic in which several photographs including the one of the Iranian students marking the 34th anniversary of the 1979 takeover of the former US embassy in Tehran were shown. The images were retweeted by a few Israeli officials.