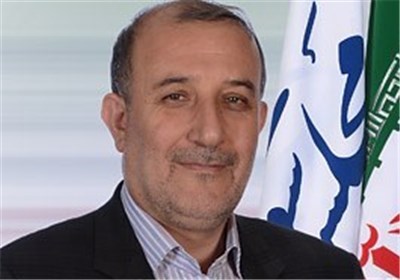 Iranian MP urges France to care about own national interests

TEHRAN (Tasnim) – An Iranian lawmaker called on France not to try to block the progress of nuclear talks between Tehran and the G5+1 (the five permanent members of the UN Security Council plus Germany) and move ahead in accordance with its own national interests.

Speaking to the Tasnim News Agency on Sunday, October 10, Iranian legislator Aziz Akbarian said France has fallen victim to a scenario that has been orchestrated by certain countries.

The Iranian lawmaker also advised French officials to take care of their own national interests, noting that such interests would be achieved through interaction with the entire world, not with only a handful of countries.

This comes after French Foreign Minister Laurent Fabius told France Inter radio on Saturday that there were major stumbling blocks in an initial proposed text on a nuclear deal with Iran, despite optimism from other countries negotiating with Iran.

Iran and the G5+1 countries wrapped up three days of intensive talks over Tehran’s nuclear program in the Swiss city of Geneva early on Sunday.

The tight negotiations, which started on Thursday, continued into early Sunday amid division among the G5+1 members.

Failing to agree on a deal, the sides have agreed to resume talks on November 20, again in Geneva.

The French minister poured cold water on hopes that a deal on Iran’s nuclear program would be hammered out at Geneva talks. Speaking on French radio, Fabius said there was “no certainty” of any agreement as there were “some points with which we are not satisfied”.

“There is an initial draft that we don’t accept… at the moment I have no certainty that we can reach a conclusion,” the French minister said on Saturday morning.

And before a joint press conference between top negotiators representing Iran and the G5+1 early on Sunday, Fabius said the three days of negotiations had ended without a deal.

“The meetings in Geneva have made it possible to move forward… But we have not yet managed to conclude, because there are still some questions remaining to be dealt with,” he said.

Declining to criticize the French, Iran’s foreign minister said: “Obviously the six countries may have differences of views,but we are working together, and hopefully we will be able to reach an agreement when we meet again.”