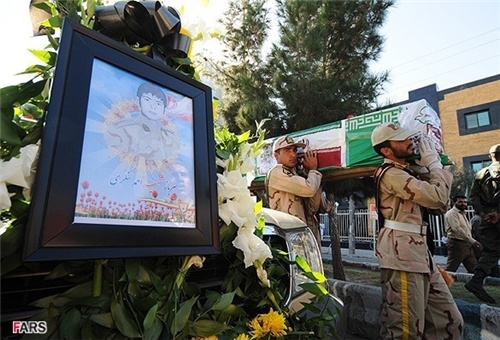 TEHRAN (Tasnim) – An Iranian lawmaker asked Pakistan to put in place rigorous border controls weeks after more than a dozen Iranian border guards were killed in a border region, saying failing this Iran will pursue and target terrorists inside Pakistani territory.

If the government of Pakistan does not pay attention to Iran’s demands on strict border control, it should expect to see Iranian drones in its skies in pursuit of terrorists, warned Ahmad Bakhshayesh, weeks after armed bandits killed 14 Iranian border guards in an ambush near the border with Pakistan and fled into the country after the deadly attack.

Member of the Parliament’s National Security and Foreign Policy Commission added in an interview with the Tasnim News Agency that the country’s armed forces should be more vigilant in the eastern parts of the country as terrorists can sneak into Paksitan after carrying out an attack.

On November 6 an Iranian deputy foreign minister said that Pakistan should respect its international and legal obligations by accounting for the recent terrorist attack orchestrated from within its territory.

A group of armed men had carried out an ambush attack on October 25 on a border post in Gazbostan, near Iran’s southeastern city of Saravan, on the border with Pakistan, which has almost no control over its side of the shared frontier with Iran, killing 14 border guards and injuring six others.

“The fact that such incidents take place on the border and bandits retreat to the neighboring country after committing their crimes make that country responsible and it cannot shirk responsibility,” said Hassan Qashqavi, deputy foreign minister for consular and Iranian expatriates affairs.

Iran and Pakistan signed a security agreement in February, intended to take strict measures to combat terrorism as well as human and drug trafficking and other activities which can pose threats to the national security of either country.

Also, a member of the Iranian Parliament’s National Security and Foreign Policy Commission Mohammad Saleh Jokar criticized the Pakistani government for lax security along its border with Iran, which has turned Pakistan into a safe haven for terrorists and bandits.

He further added that the Iranian parliament plans to discuss a security agreement between Tehran and Islamabad in the near future, which would allow Iranian armed forces to enter Pakistani territory for counter-terrorism operations.

Iran’s foreign ministry spokeswoman Marziyeh Afkham, too, had said that Tehran expects Pakistan to abide by the terms of a bilateral security agreement and extradite those who were behind the killings of Iranian border guards and other terrorist acts.