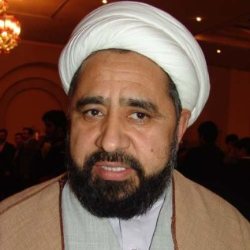 Islamabad, Nov 7, IRNA – A Pakistani religious leader on Thursday said statement of Supreme Leader of the Islamic Revolution Ayatllah Seyyed Ali Khamenei has clearly shown that Iran has no plan to compromise on its peaceful nuclear program.

Talking to IRNA Allama Amin Shaheedi Deputy Secretary General, Majlis Wehdat Muslemeen (MWM) said that the Supreme Leader is supporting the nuclear talks because Iran is a peaceful country and wants to resolve issues with the West through dialogue.

He urged the West to keep in mind that Iran will not compromise on its peaceful nuclear right.

Allama Shaheedi said that Iran for the past three decades has been successfully facing all challenges. He added that the Iranian leaders have not changed their principled stance despite sanctions.

Praising the Supreme Leaderˈs support for the nuclear negotiating team, he said that steadfastness of the Iranian nation has forced the western countries to change their approach towards Iran. “Iran has always pursued the path of peace,” said the MWM leader.

He called on the West to accept Iran’s peaceful nuclear right and immediately lift unjustified sanctions against the country. He added that Iran has repeatedly assured to the world that it has no plan to develop nuclear weapons.

Allama Shaheedi said that Iran holds a strong position in nuclear talks adding that there should not be any precondition for the talks.

He said the US policy of aggression has increased hatred in world. ˈLook what they have done in Egypt, Libya, Syria and Iraq.ˈ

He also blamed Washington for creating and supporting terrorist groups in different parts of the world, adding that US wants to plunder the resources of other countries.