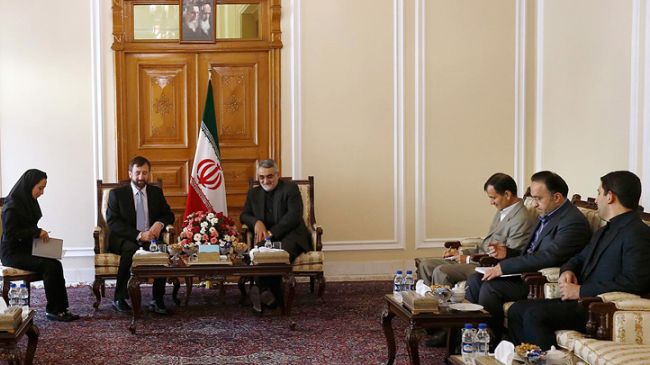 He also described the ongoing crisis in Syria as the Middle East’s worst crisis, noting that the Czech government has stressed the need for a diplomatic and political solution to the Syrian unrest.

Boroujerdi, for his part, underscored that Iranian and Czech parliaments can play a positive and constructive role in the development of bilateral political, economic and cultural ties.

The senior Iranian lawmaker also termed the spread of terrorism and production of illicit drugs as two factors threatening the regional and international security and tranquility.

“Spread and escalation of terrorism as well as production and trafficking of narcotics could only be prevented through the collective effort and cooperation of all regional and world countries,” Boroujerdi pointed out.

He also touched upon Iran’s efforts to establish peace and stability in Afghanistan.

“The top priority in Afghanistan is the establishment of stability and security, which requires efforts and cooperation from all regional countries,” Boroujerdi said.

The United States and its allies invaded Afghanistan as part of Washington’s so-called war on terror. The offensive removed the Taliban from power, but the country is still gripped by insecurity.