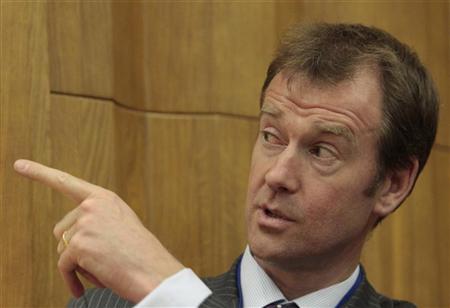 European Union Spokesman Michael Mann said that Iran and the six world powers have entered serious and complicated talks as the two sides ended their first round of negotiations in Geneva, Switzerland.

More bans on Iran not a good idea: Ex-CIA official

A former CIA official has warned against the imposition of additional sanctions against Iran amid the ongoing nuclear talks between the Islamic Republic and six world powers.

Iranian Foreign Minister Mohammad Javad Zarif, who is also the country’s top negotiator, and European Union foreign policy chief Catherine Ashton, who oversees diplomacy with Iran on behalf of the six world powers, had a working breakfast in Geneva this morning.

Iran and six world powers are making progress in talks aimed at ending a decade-long nuclear stand-off between Tehran and the West, but the discussions are “tough”, Iran’s foreign minister said on Thursday.

Iranian Deputy Foreign Minister and Senior Negotiator in talks with the world powers Seyed Abbas Araqchi stressed that the Group 5+1 (the US, Russia, China, France and Britain plus Germany) has accepted Tehran’s proposed framework to continue the talks, adding that both sides are resolved to endorse an agreement.

President of the International Federation of Football Sepp Blatter announced that FIFA is trying to return the assets of the Iranian Football Federation (IFF) which have been blocked due to the US and other western states’ sanctions against Tehran over its nuclear program.

Berri: Iran bringing West to its knees by its diplomatic logic

Lebanese Parliament Speaker Nabih Berri hailed Iran’s diplomacy and said it has brought the West to its knees by its diplomatic logic.

Spokeswoman for the Foreign Ministry refused the claim made by a Zionist newspaper that it had interviewed with the Iranian Foreign Minister Mohammad Javad Zarif.