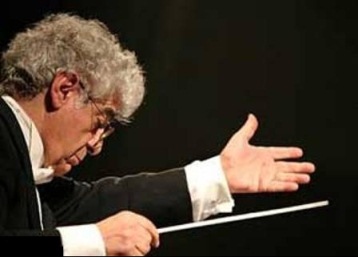 TEHRAN, Nov. 5 (MNA) – Iran’s Christian musician has said he is a Christian, but “all of us have one God.”

Mehr News quoted Loris Tjeknavorian, Iranian Christian composer and conductor, saying that he had always been under the effect of Muharram and Ashoura tunes.

Tjeknavorian is among the renowned Iranian artists with global recognition. He has conducted international orchestras throughout the world in different times.

One peculiarity about him is his composing music with themes of Ashoura and of mourning for Imam Hussein, the Prophet’s grandson, whose martyrdom is commemorated by Shiite Muslims even after 1400 years.

Asked whether he had written a piece for Ashoura and Shiite themes, he told that “the avenues to God are different, but all lead to God. I am a Christian, but believe that our God is one. I have many pieces composed especially for Islam and Shiite faith, a piece on Muharram, ‘Mourning for Imam Ali,’  and ‘ Night before Ashoura,’ being among them.”

“All these pieces have been played during Messenger of Love and Hope many years ago,” he added.

Tjeknavorian’s last performance was in San Francisco, where he conducted San Francisco Symphony Orchestra in a great concert hall.