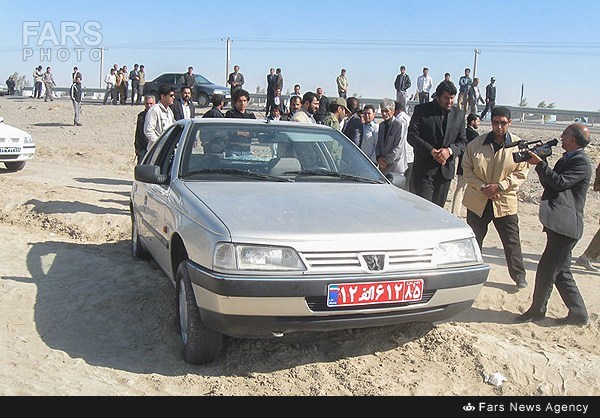 The killings, in the city of Zabol, near to where the borders of Iran,Pakistan and Afghanistan meet, come at a time of heightened tension in the region as separatist Sunni Islamist militants step up attacks on officially Shi’ite Iran. Heavily armed drug smugglers are also active in the region.

The gunmen shot dead Zabol public prosecutor Musa Nouri and his driver as he was on his way to work, Iranian news agencies said. The pair were “martyred in a hail of bullets from Kalashnikov rifles”, Fars news agency quoted the province’s chief justice Ibrahim Hamidi as saying.

“The assassination is likely the result of enforcing justice in the province,” another Fars news report quoted Rajabali Sheikhzadeh, deputy governor of Sistan and Baluchistan province, as saying.

Fourteen Iranian border guards were killed and at least three others captured in an attack in Sistan and Baluchistan on the border with Pakistan on October 25. The previously little known group Jaish ul-Adl said it had carried out the attack.

Iranian judges in the provincial capital responded by hanging 16 people they called terrorists the next day.

The killing of a public prosecutor so soon after the reprisal executions appears to mark a further escalation of the violence. However, there was no immediate claim of responsibility for Wednesday’s attack.

Following Iran’s 2010 execution of the leader of the Baluchi separatist Sunni Muslim group Jundollah, analysts say there has been a radicalization of armed insurgents in the majority Sunni region, with militants advocating a noticeably more al Qaeda-style international ‘jihad’ or holy war.

Rights groups have documented more than 400 executions in Iran so far in 2013. At least 125 of those have been carried out since the election of President Hassan Rouhani on June 14, Human Rights Watch said recently.