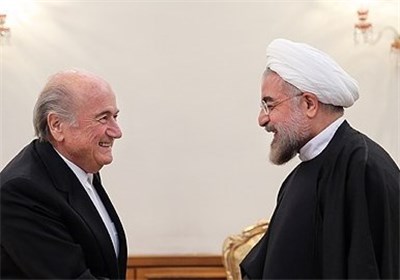 The meeting was held in Iran’s presidential office.

Blatter is in Tehran to attend the 2nd International Football and Science Congress.

Earlier, the FIFA top official congratulated Iran for the national Iranian football team’s presence in 2014 Brazil World Cup and said that the Iranian under-17 national football team’s failure to reach the next round of U-17 World Cup was only due to the Nigerian team’s solid teamwork.