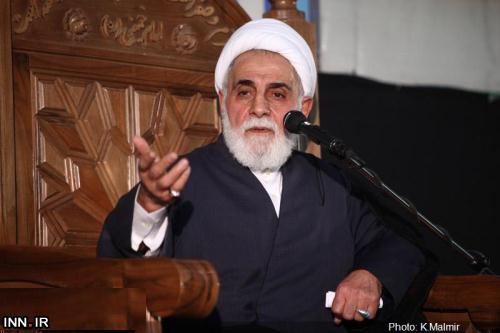 TEHRAN, Nov. 5 (MNA) – Former Iranian Majlis speaker Ali Akbar Nateq Nouri says Israel and some other countries are angry about the prudence that Iranian President Hassan Rouhani has used in his efforts to resolve the dispute over Tehran’s nuclear program.

“In the Iranian nuclear issue, the president acts wisely and prudently, and for this reason Israel and some other countries are angry,” Nateq Nouri said during a meeting at the Gorgan seminary. He went on to say that Israel does not want Iran to gain its “inalienable” rights in nuclear technology.

The veteran politician, who unsuccessfully ran for president in 1997, also said, “Mr. Rouhani is a gift that was given to us in this election.” Nateq Nouri was referring to the June 14 presidential election, in which Rouhani won an outright victory over five other candidates.

“After years, a cleric president has taken over the country’s management, and all the Iranian people are happy about this event because the era of unpredictable management is over, and a predictable person has assumed the presidency,” he stated.