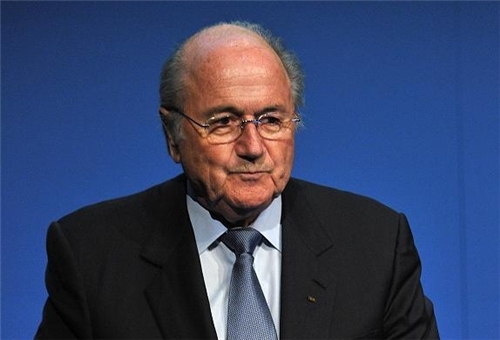 TEHRAN (FNA)- President of the International Federation of Football (FIFA) Sepp Blatter will meet with Iranian Parliament Speaker Ali Larijani during his upcoming visit to Tehran this week.

Blatter, who is scheduled to pay a visit to Iran in the coming days, will reportedly have a meeting with the top parliamentarian on Thursday.

In addition to his talks with Larijani, the FIFA president is due to have several meetings with some other senior Iranian officials during his stay in Tehran.

On Monday, Executive Secretary of the 2nd International Conference on Science and Football Reza Golmohammadi said that Blatter is slated to have a meeting with Iran’s President Hassan Rouhani on Thursday morning.

Golmohammadi said that Blatter will arrive in Tehran on Wednesday at the invitation of Iran’s Football Federation, and will have a meeting with the Iranian president on Thursday.

Blatter is scheduled to meet with officials from Ministry of Sports and Youth, Football Federation and attend the 2nd International Conference of Science and Football as well as a football festival for 12-year-old football players.

Golmohammadi added that President of Asian Football Confederation (AFC) Sheikh Salman bin Ibrahim al-Khalifa of Bahrain and a number of high ranking officials from FIFA will accompany Blatter in his 2-day visit to Tehran.