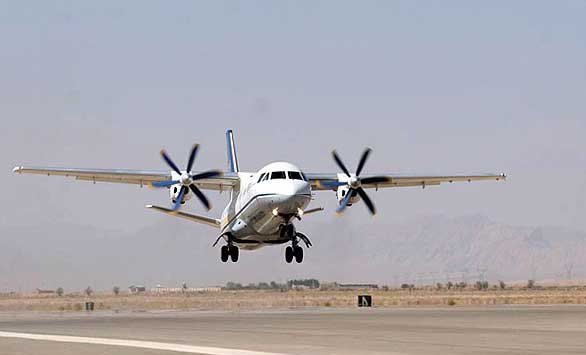 TEHRAN (ISNA)- Head of Iranian Aerial Industries Organization of the Armed Forces Manouchehr Manteqi said the country is building the second generation of Iran-140 passenger aircraft with the aim of exporting the planes.

“Besides building Iran-140 planes, six of which are being used in airlines, the second generation of these planes is being designed to be exported to different countries. The plane can be used in many international markets,” Manteqi said.

Iran is also working on construction of 100-seat and 150-seat planes as well as 52-seat planes, he said, adding the hospital and transportation models of Iran-140 plane is being built as well.

According to Manteqi, Iran has started international marketing for Iran-140 passenger aircraft since last year and has done well on it. Several countries have signed MoU with Iran as well.

The sanctions ban international companies from selling aircraft or their spare parts to Iran.