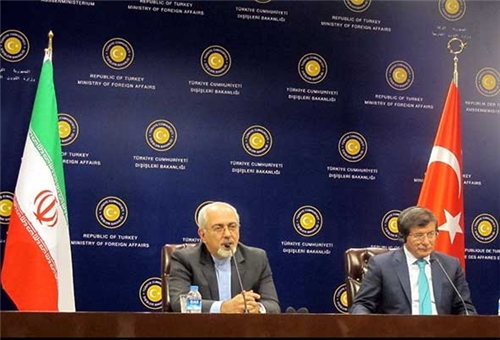 TEHRAN (FNA)- The Turkish and Iranian Foreign Ministers signed a security pact based on which Ankara will roll up anti-Iran spy rings active in Turkey, Israeli media claimed.

The Israeli Debkafile claimed, during a meeting in Ankara on Friday, Iranian Foreign Minister Mohammad Javad Zarif and his Turkish counterpart Ahmet Davutoglu signed a security pact under which Turkey undertook to stop cooperating with any third countries in spying on Iran and to roll up anti-Iranian spy rings operating from its soil.

Most significantly, the Erdogan government agreed to end the activities of agents collecting information on Iran from the Turkish side of the Iranian border.

The details of the new pact were worked out in six weeks of discussions between Hakan Fidan, the Head of the Turkish MIT intelligence service and an Iranian deputy intelligence minister.

The new pact presents a major obstacle to any further credible intelligence-gathering on Iran from Turkey.