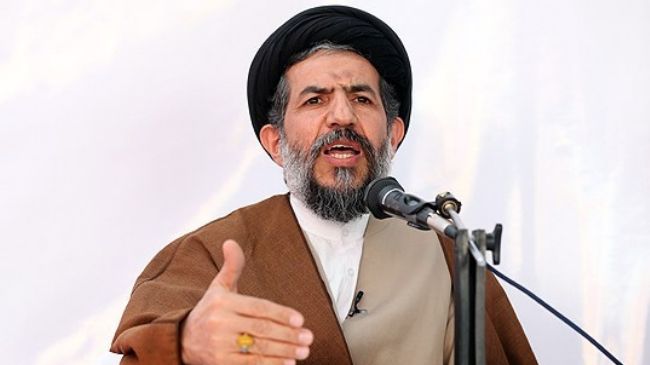 TEHRAN (FNA)- Vice-Speaker of the Iranian Parliament Mohammad Hassan Abutorabi Fard underlined that campaign against the US and its hegemonic policies constitute one of the key principles of the Islamic Revolution.

“The identity of the Islamic Revolution is defined by fight against cruelty, and campaign against the hegemonic system led by the US is one of the most important and key basics and principles of the Islamic Revolution,” Abutorabi Fard said on Sunday, addressing the parliament on the threshold of November 4, the anniversary of the US embassy takeover in Tehran.

Today, the Iranian nation’s defensive and security power and its scientific progress as well as its political partnership in deciding its own fate are the result of resistance against the arrogant and hegemonic powers, he stressed.

November 4 marks three important events in Iranian history: the takeover of the former US embassy in Tehran by Muslim students following the Imam’s line in 1979 and the exile of the late Founder of the Islamic Republic Imam Khomeini by the Shah in 1964. It also marks the massacre of a large number of Iranian school students by the army of the former Pahlavi regime during the 1979 Islamic Revolution.

Since the 1979 takeover of the US embassy in Tehran which was referred to as ‘the den of spies’, Iranians have been celebrating the occasion every year by holding rallies on the anniversary and marking it as the National Day against the ‘Global Arrogance’.