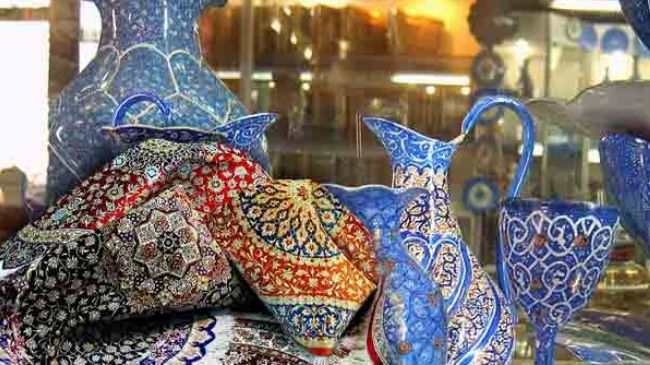 Iranian art and cultural exhibition mounted in the Turkish eastern city of Erzurum has been warmly received by the people and Persian art lovers.

Persian carpets, handicrafts, photos of Iran’s tourist attractions were showcased in 30 sections at the exhibition.

The five-day event displayed 20 major forms of Iranian handicrafts such as leather productions, metal works as well as calligraphic arts.

Traditional Iranian music ensemble Reyhan that was dispatched from Ardebil also performed at the event.

Iran had earlier held cultural week in the city in an attempt to introduce Persian cinema and culture to the people of Turkey.

In the 2012 film week in Erzurum, Iran screened about 12 Iranian cinematic productions with Turkish subtitles and mounted photo exhibition of Iranian cinema during which 51 photos and tablets of the country’s renowned filmmakers and actors were presented.

Iran has held several film weeks in some Turkish cities such as Izmir, Istanbul and Bursa that were warmly welcomed by Turkish audience.