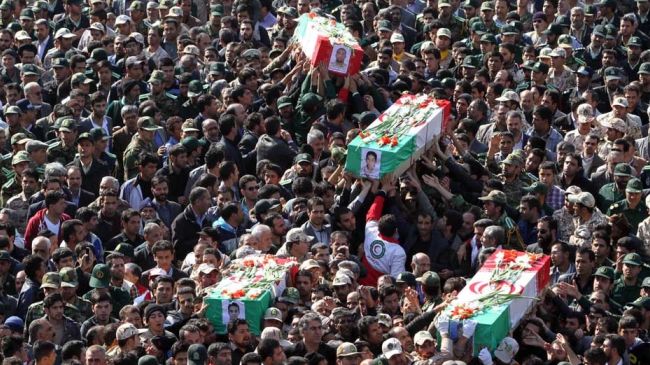 Iran has arrested one of the terrorists involved in the recent attack in the country’s southeastern province of Sistan and Baluchestan, a provincial border guard commander says.

“One of the enemies of the Islamic establishment has been identified and arrested through the efforts of border guards in the city of Mirjaveh,” Colonel Hassan Asadollahi said on Sunday.

He added that the Iranian border guards succeeded in identifying the terrorist who was planning to carry out acts of sabotage inside the country and according to investigations, has been working with the Taliban and al-Qaeda terrorists for six years.

The assailants had infiltrated into Iran from Pakistan and fled back into Pakistani territory following the attack.

Secretary General of the United Nations Ban Ki-moon condemned the terrorist attack in southeast Iran and extended his condolences to the families of the victims, as well as to the Iranian people and government, the UN chief’s spokesperson, Martin Nesirky, said on Thursday.

In a letter to the president of the UN Security Council on October 28, Iranian Ambassador to the UN Mohammad Khazaei urged the UN body to take appropriate measures in response to the terrorist attack.

Evidence indicates the Jaish-ul-Adl terrorist group was behind the attack, he added.