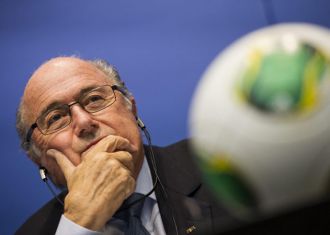 The FIFA top official will arrive in Tehran at 2:00 pm, Wednesday, local time to attend a scientific conference on football. He is also scheduled to meet the Iranian football authorities, as well as the country’s caretaker of the sports and youth ministry.

Blatter who will be officially received at the ceremonial pavilion of the government will have no meeting with the press upon arrival, but will attend a press conference before leaving Iran at 3:30 pm, Thursday afternoon.

The Asian Football Confederation (AFC) President Sheikh Salman bin Ebrahim Al Khalifa, will also arrive in Tehran on Thursday morning and will have a press conference at 6 pm, the same day.