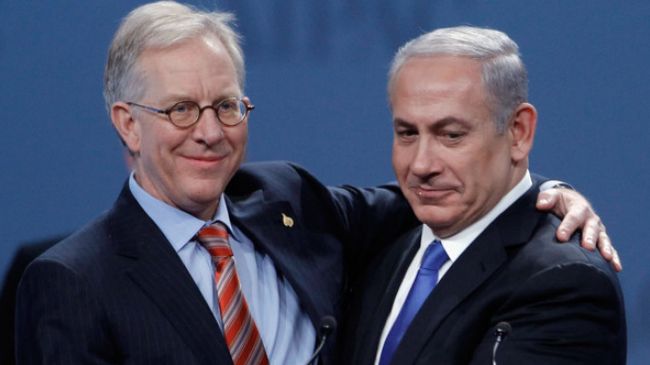 The American Israel Public Affairs Committee (AIPAC) says it will not slack off its efforts to force the administration of US President Barack Obama to impose new sanctions against Iran.

“AIPAC continues to support congressional action to adopt legislation to further strengthen sanctions and there will absolutely be no pause, delay or moratorium in our efforts,” read a statement by AIPAC President Michael Kassen on Saturday.

The statement comes as the Obama administration has reportedly convinced a number of the US Senators during a closed-door briefing on Thursday to delay imposing another round of sanctions against Iran.

White House officials did not sway every Senator who participated in the meeting, but the Senate Banking Committee would reportedly delay plans for drafting a new sanctions bill next week.

“I think the pressure has to be maintained on Iran, even increased on Iran, until it actually stops the nuclear program, that is, dismantles it,” Netanyahu said on October 20.

This is while US Secretary of State John Kerry said on October 28 that Washington will “not succumb to those fear tactics and forces” that oppose resolving the West’s dispute over Iran’s nuclear energy program through diplomacy.

Iran and the five permanent members of the UN Security Council – Britain, China, France, Russia and the US – plus Germany held two days of talks over the Islamic Republic’s nuclear energy program in Geneva, Switzerland, on October 15-16.

The two sides have agreed to meet again in the Swiss city on November 7-8.

EU foreign policy chief Catherine Ashton also hailed the nuclear talks as the “most detailed” and most “substantive” ever held between the two sides.