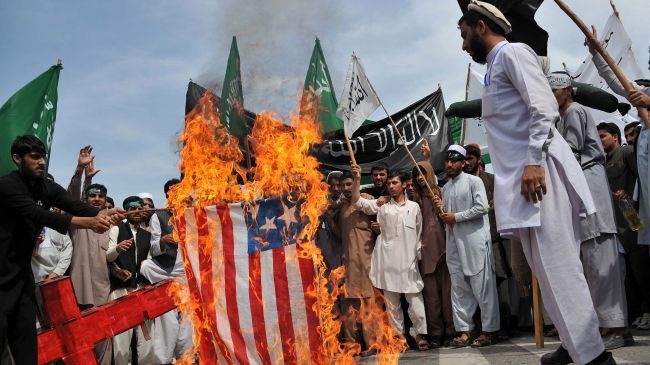 Demonstrators in Afghanistan’s Kunar Province have held a rally against US night raids and assassination drone attacks in the country, Press TV reports.

The protesters gathered in Asad Abad District of Kunar, chanting slogans against the US strikes and the presence of foreign forces in Afghanistan.

The demonstration was held in response to a series of operations by the US-led foreign forces that targeted residences of several religious scholars and tribal elders over the past weeks.

The night raids and drone strikes have sparked widespread anger among the local population with the residents threatening regional officials with protests if the raids continue.

The US-backed NATO command has for months ignored complaints by Afghan residents of severe abuses committed by the US troops.

These developments come after Afghan investigators found substantial proof that American Special Forces have been involved in kidnapping, torturing and killing of Afghan civilians across the war-torn country.

US-led deadly night raids have killed dozens of Afghan civilians in various parts of Afghanistan over the past few months.

Afghan President Hamid Karzai has called for the United States to end night raids that fuel anti-American sentiment across the country.

Civilian casualties have long been a source of friction between the Afghan government and US-led foreign forces.

Afghanistan remains gripped by insecurity more than a decade into the US-led invasion of the country in 2001.

anti US protest in Afghanistan, Kunar, Quoted, us drone strike on Afghanistan, US-led forces in Afghanistan November 3, 2013
Defense Minister slams west for double standards on N. issues
Supreme Leader: Iran not to get hurt by negotiations