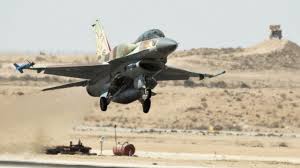 TEHRAN, Nov. 1 (MNA) – An alleged Israeli strike on a Syrian air defense base near the port city of Latakia late Thursday had multiple purposes – not least of which was to undermine Syrian peace negotiations, former US Senate foreign policy analyst James Petras told RT.

An Obama administration official told AP that the attack happened overnight on Thursday, but provided no further details. Another security official told the news agency that it took place in the Syrian port city of Latakia, and that the targets were Russian-made SA-125 missiles.

“The Israelis’ efforts to undermine [peace talks] by supporting the opposition have failed,” Petras said. “I think this is clearly an effort to sabotage the negotiations that may take place shortly.”

Petras also sees Israel’s aggressive stance against Syria as part of a “policy…to destroy any adversary of its land grabs in Palestine, and Syria is certainly an ally of the Palestinians.”

” I think there’s no question that Israel is deeply involved in trying to undermine the peace process in Syria. The international community is looking very favorably on Syria’s destruction of the chemical weapons.

There’s an effort clearly underway to organize peace negotiations between the opposition and the government in Geneva. The Israelis’ efforts to undermine that by supporting the opposition have failed.

I think this is clearly an effort to sabotage the negotiations that may take place shortly,” added Petras.

He also said: “I think the reason is that Israel’s policy is to destroy any adversary of its land grabs in Palestine, and Syria is certainly an ally of the Palestinians. They support Palestinian self-determination. And Syria is also an ally of Iran.

So the Israeli policy is rule or ruin. And they are now supporting the opposition, not because they expect the opposition to be any better but because the continuing support for the opposition will perpetuate and destroy the economy of Syria and undermine civil society and any modus vivendi.