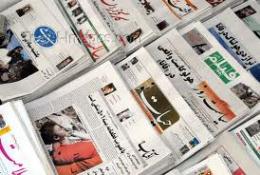 The editor of an Iranian reformist newspaper has been jailed for publishing an article on Shia Islam deemed offensive by authorities.

The semiofficial ISNA news agency says Saeed Pourazizi of the Bahar newspaper was taken to Evin prison Saturday. ISNA quoted Pourazizi’s wife, Masoumeh Shahriari, as saying her husband was summoned to court but was taken to jail instead. She said authorities have demanded bail in exchange for his release.

The newspaper was shut down after it published an article authorities said questioned Shiite Islam’s beliefs about the Prophet Muhammad’s appointed successor. It was the first newspaper banned since moderate Hassan Rouhani was elected president in June.