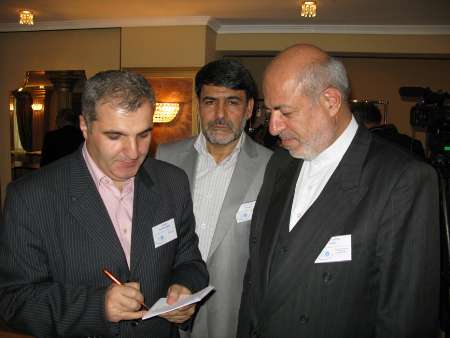 Talking to IRNA, Chitchian said Iran is a major energy producer in the region, adding the Iranian experts have achieved great successes in the field of electricity.

Referring to Iran’s energy capacities, the minister said Tehran is ready to expand relations with the neighboring states in the area of electricity.

Iran, he added, exchanges electricity with all neighboring countries and exports 11 billion KWh of electricity to those states.

He said Iran has no restriction for expansion of cooperation with the Commonwealth of Independent States.

The Iranian energy minister arrived in Moscow Thursday to attend the 44th session of the Commonwealth of Independent States (CIS) Electric Power Council.