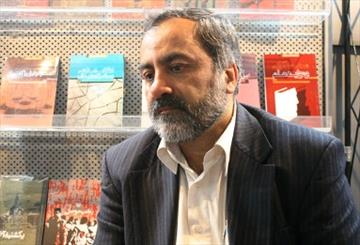 TEHRAN, Nov. 2 (MNA) – A parliamentarian has said ‘death to America’ is Iran’s trump card and “he who favors abandoning the slogan, has not understood the Islamic Revolution and tyranny.”

Emad Afrough told Mehr News that November 4 rallies would be held ‘more heated than in the past years.’ “The attempt by some to fade out the importance of National Day of Campaign against Domination System is futile, and Iranian nation will never forget animosity by the US against Iran,” he added.

Afrough, who represents Tehran in the Parliament, believed ‘death to America’ as Iran’s trump card and emphasized that “he who favors abandoning the slogan, has not understood the Islamic Revolution and tyranny.”

On Iran and US recent talks, Afrough pointed that no concrete changes in US domineering policies had been seen since the talks and that “and in turn, we could not abandon the chanting ‘death to America’ as well.”

“Whenever America abandons its domineering nature and deals with Iranians fairly, we will reevaluate our policies toward it; however, so far, our historical memory could not remember anything else other than enmity and misconception toward Iran by the US,” Afrough asserted.