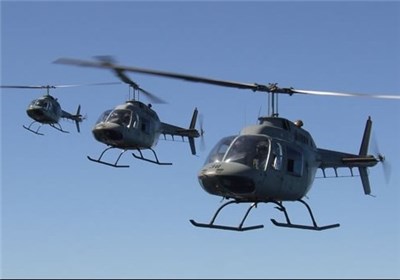 Bell helicopter loses to Iran in US appeals court

TEHRAN (Tasnim) – An appeals court has shot Bell Helicopter Textron’s claims against Iran which said an Iranian company owned by the government has manufactured helicopters that resembled the Jet Ranger 206.

In a 19-page decision Friday, the US Court of Appeals for the District of Columbia Circuit upheld a trial judge’s earlier ruling siding with Iran. The trial judge had vacated a default judgment against the country concerning the manufacture and marketing of a helicopter that resembles Bell’s Jet Ranger 206, the McClatchy website reported.

As summarized by the appeals court, “in the 1970s, Bell operated a helicopter plant in Iran, which it abandoned after the Iranian revolution of 1979. In December 2002, Bell became aware that the Iran Aircraft Manufacturing Industrial Company, a company wholly owned and controlled by the Iranian government, was using the plant to manufacture helicopters that resembled the Jet Ranger 206.”

When Bell sued Iran in 2006, Iran did not attend the court hearing session and therefore Bell won a default judgment of $22,035,002.28 plus attorneys fees.

Iran subsequently got the judgment tossed out.

The appeals court, in a decision written by Judge Judith W. Rogers, reasoned in part that Bell could not exploit the commercial activity exemption in the Foreign Sovereign Immunity Act (whose intent is just as it sounds) because of a “lack of evidence that Iran’s commercial activity caused a ‘direct effect’ in the United States.”